So They Can believes that education of the next generation is essential to sustainable development and poverty eradication in developing countries. So They Can’s mission is to work together with communities in East Africa to educate and empower them so that they can break the poverty cycle, realise their own potential and meet their own needs. The charity’s goal is to ensure that the children from the poverty stricken communities it works with not only have access to free primary education, but also that the education they receive is of exemplary quality. So They Can believes that the quality learning environment and the feeding programme it provides to all its student contribute towards the continuously improving academic performance of pupils.

So They Can and ICAP have a special, long standing relationship. Since 2009 together with the communities the charity work with and their governments, in Kenya ICAP support has funded the Aberdare Ranges Primary School with 960 children and helped 120 orphans in the Miti Mingi Village - all of whom attend the school. ICAP funding has also supported a Micro Finance Business School for Women; a Clinic for a community of 20,000; Sew Women Can - social business training young girls to become tailors; So They Grow animal feed social business; a Farm and Entrepreneurial Mentoring Programme. In Tanzania: a National Teachers' Training College; an Education Collaborative with four very poor rural schools; Farm and Bike shop social business.

As a result of post-election violence in Kenya in 2007, thousands of people were forced to leave their homes and set up new temporary homes in what have become known as Internally Displaced Persons (IDP) camps. One of these camps, Pipeline, in Nakuru is home to over 7,000 people. Slowly rebuilding their lives the community still have limited access to clean water, adequate shelter, medical care and sanitation. In the broader Nakuru community of over 20,000 people, the education system was in a dire state.

Cassandra Treadwell, CEO, So They Can.

The existing already overcrowded and under resourced primary schools could not accommodate the influx of children from the IDP families. Many children were not accepted into a school and for those that were, the quality of the education provided was very poor. Public primary education in Kenya is officially free, but due to the lack of Government funding the schools are forced to charge many hidden fees. Pre-primary education is not Government funded at all. 53% of families in the IDP Camp, and 31% in the wider community, live below the global poverty line and are unable to pay these fees.

In response to the crucial need for more effective education in this community, So They Can in partnership with the Kenyan government established Aberdare Ranges Primary School. The gates of the School opened in April 2010 to the first 120 children from the Pipeline community.

ICAP employee Lisa Spiteri, one of the participants of the very first Working bee trip to Kenya, attended the opening ceremony together with the founders of So They Can and the proud parents of the first students. This was the start of a successful and productive relationship between ICAP and So They Can. Funding from ICAP Charity Day 2011 in Sydney enabled the charity to construct one of three new classrooms needed to accommodate intake of a further 120 children from the Nakuru community at the beginning of each academic year.

In 2012 Michael Spencer visited the So They Can project in Kenya to see for himself the difference that ICAP’s support of So They Can has made to the children and adults of the Pipeline community. Over the past six years a number of ICAP employees have supported the Aberdare Ranges Primary School through So They Can’s child sponsorship programme and through personal donations.

Today Aberdare Ranges Primary School provides exemplary pre-school and primary school education to 960 of the neediest of children from the community. In 2017 the School will reach its full capacity with 1080 students and the first students, enrolled to the School upon its opening in 2010, will graduate and move onto secondary education.

ICAP’s support has had a lasting impact. In 2015 the ICAP donation contributed towards the construction of a family house for eight children and their ‘mum’ in the So They Can Miti Mingi Children’s Village, previously Holding Hands Children’s Home. The 120 orphaned and vulnerable children living in the Village also all attend the Aberdare Ranges Primary School. The new Village model implemented in partnership with SOS Kenya is based on So They Can’s belief that “every child should belong to a family and grow up with love, respect and security”. If children need to be cared for outside of their natural family environment it is essential for the well-being of the child that they are part of a home that is as close as possible to the dynamics of a real family home where they are cared for by a dedicated ‘mum’. 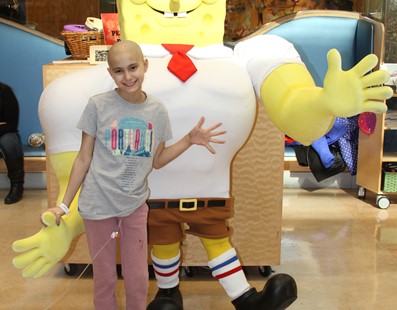