The Savitri Waney Charitable Trust is an intimately run philanthropic organisation based in London. Whilst the charity supports a wide range of worthy causes in aid of poor rural communities across the world, their primary focus remains to eradicate curable blindness and improving access to mother & child healthcare in rural India.  ICAP supported the Akhand Jyoti Eye Hospital (AJEH), one of Savitri Trust’s eye care partners.

A donation from ICAP Charity Day 2012 supported the provision of free cataract surgeries to the rural population of Buxar (one of the poorest and most remote districts in the state of Bihar) with a concentrated number of over 21,000 blind. Despite this there are no eye care facilities available to the population. With ICAP’s support, Akhand Jyoti Eye Hospital was able to station a permanent team in the district during 2013-14 and a total of 5,100 surgeries have been completed with ICAP’s help.

It was a pleasure to meet with the girls and speak with them about their experiences and ambitions for the future. All girls are progressing well… their energy and enthusiasm is very inspiring, these girls are truly grateful for the chances they have been given in life and wish to make the most of it…. They feel a strong connection with the hospital team and feel part of a unique movement to eradicate curable blindness in Bihar.

In February 2014 UK Administrator Natalie Marr travelled to the hospital and spent time with the girls, joining their classes and accompanying them to screening camps in remote villages.

Following the surgery a series of post-operative eye checks were carried out; the first on discharge from the hospital, the second two weeks later and the third one month later. Reports indicate excellent vision acuity at 97.4% best corrected vision, hitting above the World Health Organisation standard percentage of 90%. The cataract surgeries have also had a social and psychological impact in the surrounding villages, with patients returning to work and being able to send their children back to school.

In addition, funding from ICAP also sponsored four young women from surrounding villages to undertake a four year Bachelor’s degree in Optometry to help continue this exceptional work and enable them to practice as paid optometrists. Sponsorship has really increased their prospects - in Bihar 75% of girls are married before the age of 18, the majority of whom are usually married by the age of 15 and 60% of girls are illiterate. As part of this programme, AJEH creates a formal agreement with the parents of each girl that they must not be married before the age of 23. This enables the girls to study with no distractions or obligations (other than to their course and to themselves) allowing freedom for personal and professional development, which is so often denied to young women in Bihar.

By funding both the provision of cataract surgeries and optometry scholarships, ICAP is supporting two vitally important strands of AJEH’s work and long-term vision – eradicating curable blindness in the State, and making a long-lasting contribution to its population by transforming the economic and social outlook of the people that pass through the hospital.

AJEH continues to expand their programme and is starting to put in place a five year plan, which will see curable blindness eradicated from Bihar by 2020. As part of this plan AJEH will be building a vision centre in Buxar in late 2014. A permanent vision centre will enable pre-operative and post-operative examinations to be taken at the district level, rather than AJEH’s team needing to make long-distance trips in and out of the towns. In addition, vision centre operatives can issue spectacles and correct refractive errors on site. All this has been catalysed by AJEH’s presence in Buxar thanks to ICAP’s support.

All images are courtesy of Savitri Trust and AJEH. 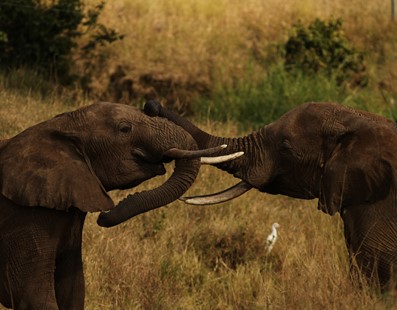