'So They Can' is a charitable organisation supporting communities to end poverty through education and economic development. ICAP's Sydney office has supported the charity with funds from Charity Day since 2009.

Over the past three years they have provided the financing to build three classrooms at the Aberdare Ranges Primary School in Kenya. Each of these classrooms proudly displays an ICAP plaque with mottos such as ‘Learners Today, Leaders Tomorrow’, ‘Strive to Achieve’ and ‘Learn for Life’. 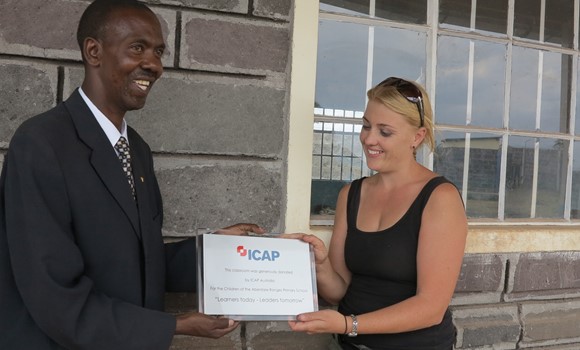 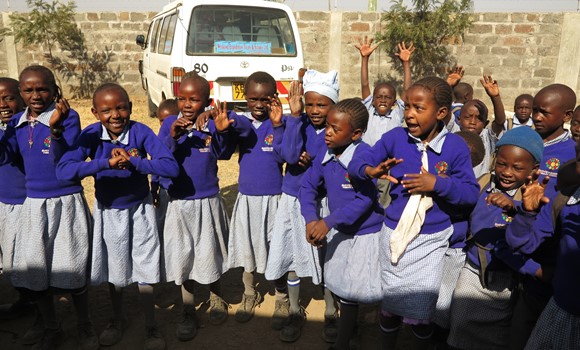 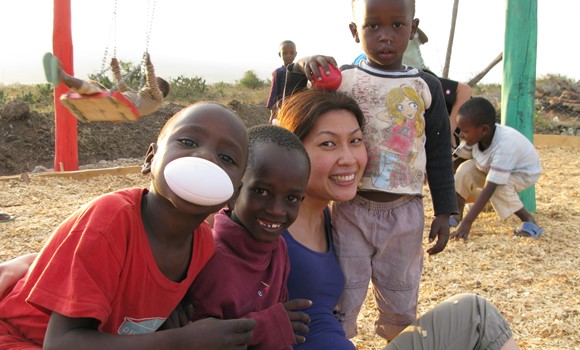 So They Can was set up to assist some of the 250,000 of Kenya’s displaced as a result of national upset caused by the 2007 elections. They currently work alongside a community in Nakuru, Kenya, where the charity operates a primary school, an orphanage, a medical clinic, an educational model farm and a business school that provides training and micro finance to women.

ICAP’s support has made such an incredible difference to So They Can. We currently have 11 classrooms at the school, three of which have been funded by ICAP. The reality of this is that ICAP is responsible for the education of 120 of the poorest children and for providing 120 women with business education, every work day every year. So many lives are being changed through ICAP’s understanding and support of So They Can’s aims. Ensuring that those who give so generously understand the difference their donations make to the communities we support is very important to us. By going to Kenya and meeting the community, Michael and the ICAP team have been able to see firsthand and fully realise the difference they and the whole of ICAP are making to people's lives. Thank you ICAP for all you do and for refusing to stay silent about things that matter.

Cassandra Treadwell, So They Can Founder.

Michael Spencer, ICAP’s Group CEO, visited the school recently to the delight of the children and So They Can founder Cassandra Treadwell.

The week was filled with mixed emotions – from sadness on seeing the conditions they live in, to the joy their smiles, laughter and music bring, to the excitement of knowing that a brighter future is possible. It’s an amazing feeling to know that for a small amount each month you can make such a difference to a whole family.

“I was incredibly impressed with what Cass has achieved, not just at the school itself but also the orphanage. Cass has really built something amazing there and I am proud that we are supporting someone who has got such energy, passion and commitment, and that our donation is being used in such a direct and effective way.” Michael Spencer, Group CEO, ICAP

Linda O’Sullivan, Charity Day Co-ordinator in ICAP’s Sydney office, was equally impressed with the organisation and decided to go and experience firsthand how ICAP’s donation has assisted this community. She and London’s Bernice Lee of EBS joined a number of other volunteers for a one week programme at So They Can. Read all about Linda’s experience below.

On the first day, the volunteers were assigned to the Internally Displaced Persons Camp (IDP). This is a camp where approximately 7,000 Kenyans live in tents and other temporary structures which have no electricity, mud floors and a limited water supply. The camp members collectively pooled their funds of $100 to purchase the 16 acres that the camp resides on.

“When we arrived at the camp we were treated like royalty. Everyone sang and danced and the kids held our hands and asked our names. The emotions run wild when you see their living conditions but then you see their beautiful smiles and laughter, which are contagious.” Linda O’Sullivan, ICAP Sydney

The Aberdare Ranges Primary school was created with funds from ICAP in 2010 and now has 441 students ranging from five to ten years. The school is continually growing with an additional grade being added each year. So They Can ensures all children receive a quality education as well as two meals a day, a uniform, medical care, extra afternoon tuition and books.

“As volunteers we organised the school’s first athletics carnival, taught the kids, worked in the library and on the database for the sponsorship programme. We played football and jump rope with the kids at lunch. The teachers were excited to have extra helping hands around the school. I was amazed at the high standard of English the kids spoke and understood.” Linda O’Sullivan, ICAP Sydney

The volunteers also took a class of students on an excursion to Lake Nakuru National Park. For many it was not only their first excursion but also their first time on a bus and seeing the African animals in the wild.

“The kids let out squeals of laughter and fear as they played with the monkeys and baboons. Their knowledge of the animals was impressive and their rendition of Bob Marley’s ‘Buffalo Soldier’ on spotting the buffalos was priceless. It certainly was a day they will never forget.” Linda O’Sullivan, ICAP Sydney

The ‘Holding Hands Children’s Home’ opened in 2011 after the charity saw that there were orphan children living in the Giotto Dump Site not far from the camp. These children are now fed, accommodated and attend the Aberdare Ranges Primary School. Many of these kids have been through more hardship in the first six years of their lives than most people, yet when you meet them, their smiles melt your heart and before long their bubbly personalities have you thinking that they are the happiest kids in the world. The Children’s Home recently increased its number of children to 81.

During their time at the orphanage, volunteers painted new drawers and the playground equipment, and helped out with odd jobs around the place.

“The best part was playing with the kids, which brought just as much enjoyment to us as to them. Bernice and I took over ICAP mini footballs, Charity Day aeroplanes and pencil cases for the kids, which they thoroughly enjoyed. We might want to keep an eye out for the Kenyans in future Rugby World Cups! We were even put to shame on the dance floor at a disco we held for the kids. The Kenyans need to teach everyone how to dance.”

The volunteers learned a lot about the lives of the people in the So They Can community and many would like to return next year. 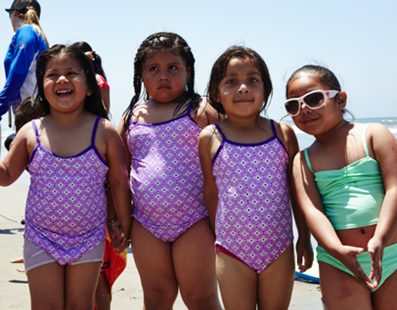 A donation from ICAP in Kuala Lumpur has been put towards the construction of a Community Hall, and installation of the first ever clean water supply in four Orang Asli villages across the East Coast of Malaysia.