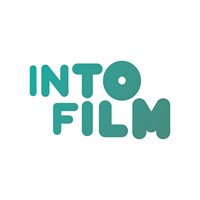 Into Film puts film at the heart of children and young people’s educational, cultural and personal development.

More than half of UK schools engage with their programme of Into Film Clubs, special cinema screenings, and resources and training to support classroom teaching. Alongside rich online content for young audiences, this provides 5-19 year olds with inspiring opportunities to learn about film, and develop a passion for cinema.

Their mission is to inspire dynamic ways of learning with film, and connecting with cinema, that reach the widest possible young audience across the UK.

Into Film first partnered with ICAP Charity Day in 2017 to launch a powerful new project, Moving Minds, which set out to support young people experiencing challenges around their mental health, giving them a voice to tell and share their own stories through a series of short films.

Filmmaking is a brilliant way to develop essential life skills such as teamwork and confidence and enables young people to express themselves through a medium they are very familiar with.  In addition, the participants learn creative and technical skills from a professional filmmaker, empowering them to lead the process and tell their own story.

‘The pride and sense of accomplishment will be longer lasting with film than a drama project. This will grow as the film is used for PHSE mental health training in the school.’

The project aimed to raise awareness of mental health issues through the films made by sharing the short films alongside learning resources to ensure wider engagement.

‘I have extreme social anxiety. Before I didn't socialise. I didn’t speak, but as I kept doing it, it helped me build up my confidence. Before the Moving Minds project I thought that would be the end of the world’

Following the success of the first Moving Minds, funding from ICAP Charity Day 2019 enabled Into Film to deliver a second iteration, Moving Minds 2.  The original plan was to work (as before) with several groups of young people aged 13-19 through schools, alternative education projects (where young people are struggling with mainstream education) and specialist groups linked to the NHS that support young people experiencing mental health issues. The project model involved professional filmmakers and youth support workers learning skills from each other and working with groups of young people to create the short films. Ensuring the professional filmmakers understand some of the issues the young people were facing

When the Covid-19 pandemic closed schools, Into Film needed to quickly pivot Moving Minds 2 online.  They were able to adapt along with the young people and professional filmmakers to the new online environment we all found ourselves in. They were able to give the young people an outlet to share some of their thoughts around loneliness and anxiety which have arguably been heightened by the pandemic.

Info Film worked to make sure they were able to reach the same numbers of young people, especially as youth mental health and lives has been impacted by the pandemic.  Pre-recorded films were sent out to the groups who couldn’t participate, and have plans to extend the films and resource broadly to other schools to share in assemblies and as a resource in classrooms throughout the UK.  Filmmaking equipment was also purchased which will extend the legacy of the project. 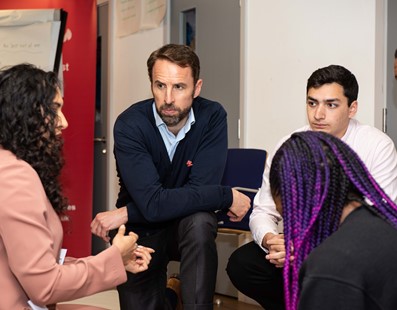