Tusk Trust is a small dynamic organisation, with twenty-five years experience initiating and funding conservation, community development and education programmes across Africa. Tusk’s current range of 50 field projects in 18 African countries is intended to not only protect wildlife, but also help alleviate poverty through sustainable development programmes and education amongst rural communities who live alongside that wildlife. 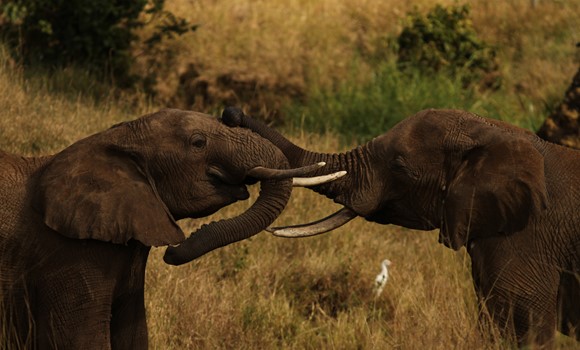 Funding from ICAP Charity Day 2012 supported one of Tusk’s key partners in community conservation. The Northern Rangelands Trust (NRT) is a far-reaching community-led initiative working with over 300,000 people from 26 different conservancies across two million acres of northern Kenya.

The NRT conservancies provide critical habitat for elephant and other wildlife under threat from poaching. ICAP’S invaluable support has not only enabled NRT to significantly extend their wildlife monitoring activities and security network but also improved the livelihoods of 75 plus rangers and their families.

Over the last 18 months, much of Africa has been facing an escalation of poaching of both elephant and rhino to satisfy a massive demand for ivory and rhino horn across the Far East. NRT remains a positive conservation story in the midst of this current crisis. These communities represent politically and socially marginalised people who are predominantly dependent on a livestock-based livelihood system, however as a result of NRT are now also reaping the financial and social benefits of conservation through the protection of their land and wildlife.

According to research, Australians spend $7.8 billion a year on food that they buy and then throw away.

A donation from ICAP Charity Day 2012 funded the ICAP Reading Room which plays a central role in the Company’s education and community outreach engagement programmes.